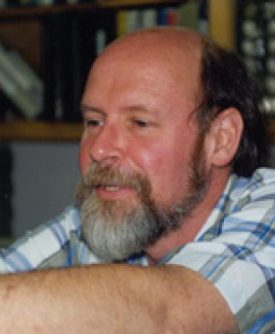 Insect metamorphosis and reproduction is the result of an exquisite interplay between genes, hormones, physiology and abiotic factors. Integrating these processes are small acyclic sesquiterpenoid molecules, the juvenile hormones (JHs). The central role of JH in orchestrating the insect life cycle and reproductive events has not gone unnoticed among agroecologists, chemists, and entomologists who are concerned with developing better strategies for insect pest management. That we know almost nothing about the molecular mode of action of this family of hormones and synthetic agonists poses serious questions about the use of these unique molecules. Thus, it is crucial that we decipher the molecular action of the hormone before further expanding the use of the JH agonists in pest management.

To better understand the action of JH at the molecular level, we have taken several approaches. Discovery that a JH specific hemolymph transport protein (hJHBP) is positively regulated by JH suggested a model in which to study the molecular actions ofthe hormone. The gene structure ofhJHBP as well as flanking regions was elucidated. Promoter analysis probing the 5′ upstream region of the hJHBP gene as well as regions in the first intron indicated that control of hJHBP expression is complex. (NIH,USDA funding). Our inability to clearly delineate promoters led us to shift our attention towards more tractable models. We identified a JH-regulated gene critical to a cyclic AMP (cAMP) activated signal transduction pathway in Drosophila S2 cells. This gene, Epac, (Exchange Protein directly Activated by cAMP) regulates cell shape, movement and cell-cell adhesion and is consistent with the known morphostatic actions of JH in insects.

We are now in a position to examine the initial events in JH regulation of gene expression focusing on a problem that has long baffled insect endocrinologists ­ a JH receptor (Hatch funding). The goals of our present research are: (1) isolate and characterize the JH receptor (JHR) from Drosophila S2 cells. (2) Clone and express recombinant JHR (rJHR) to examine binding pocket dimensions. Perform pull-down experiments with the immobilized rJHR to catalog proteins that potentially interact with the receptor. (3) Characterize the JHR in vivo. Discovery and characterization of this receptor will be of exceptional importance for several reasons. It has been a long­ held concept that development of a JH antagonist would be an excellent candidate for control of larval pests by specifically blocking the hormone receptor site thereby forcing the insect to develop prematurely. By developing a molecular model of the receptor’s binding site, the development of more potent antagonists as well as agonists may be achieved. Understanding these associations will unlock the enigma of JH action and provide new molecular targets that can be disrupted in an environmentally sound fashion.

Research
Our laboratory is interested in the physiological, biochemical and molecular aspects of insect endocrinology. The major ongoing projects include:

Overview
One of the most astonishing of all biological events is that of insect metamorphosis. At the most fundamental level, insects restructure anatomical, physiological and molecular processes to interact with new environments. Despite the profound difficulties involved in metamorphosis, a life cycle that permits a single species to temporarily exploit different environments, yields immense benefits for that species. Remodeling of the insect to fit the new niche is orchestrated by the insect endocrine system.

Feeding and the concomitant increase in volume creates a problem for an insect encased in it’s own skeleton. Because the overstretched exoskeleton prevents further expansion, it must be shed to permit a new skeleton to take its place. The process of building a new exoskeleton and subsequent shedding the old is initiated by the molting hormone 20-hydroxyecdysone; however, the direction of the molt is dictated by the presence or absence of another family of hormones termed the juvenile hormones. During the growth phase of the immature insect, levels of the juvenile hormones are relatively high. If a molt occurs in the presence of high levels of juvenile hormone, the next stage will be larval. If a molt occurs when the levels juvenile hormone are low, the ensuing stage will be pupal.

The Juvenile Hormones
The juvenile hormones (JH) are a family of acyclic sesquiterpenoid compounds synthesized by the corpora allata, a small set of paired glands immediately behind the brain. While JH III is the predominant form found in many species of insects, there are other forms of the hormone. These hormones are the most nonpolar of all metazoan hormones. Because there are no endocrinological cognates in vertebrates, analogs of the hormones are used in insect pest control. 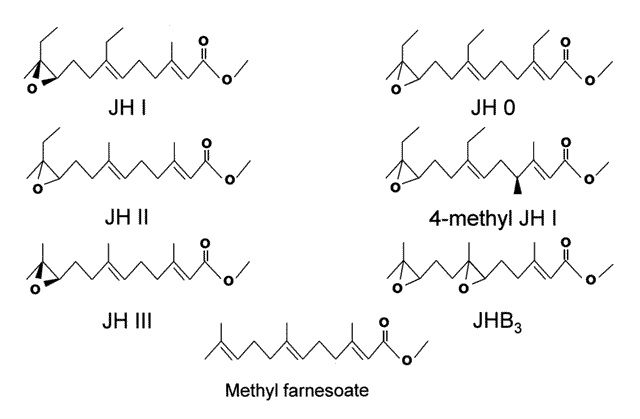 Figure 1. Structures of the Common Insect Juvenile Hormones and Cognates

Transport of JH Via Specific Transport Proteins
The JHs display low solubility in water; more importantly, the hormones readily and nonspecifically associate with surfaces of a less hydrophilic nature. Thus, peripheral distribution of the hormone would pose a serious problem were it not for specific high affinity transport proteins that serve as an intermediate between the site of synthesis and the target tissue. Although present in all insects, the most well characterized of the hemolymph juvenile hormone binding proteins (hJHBP) is that from the tobacco hornworm, Manduca sexta.

The hJHBP from M. sexta is composed of a single subunit, has a molecular weight of 27.4 kDa and displays an equilibrium dissociation constant of 1 x 10-9 M for JH I. The protein is 226 amino acid residues in length and is glycosylated, with the carbohydrate residues accounting for about 8% of the molecular mass. (Fig. 2). 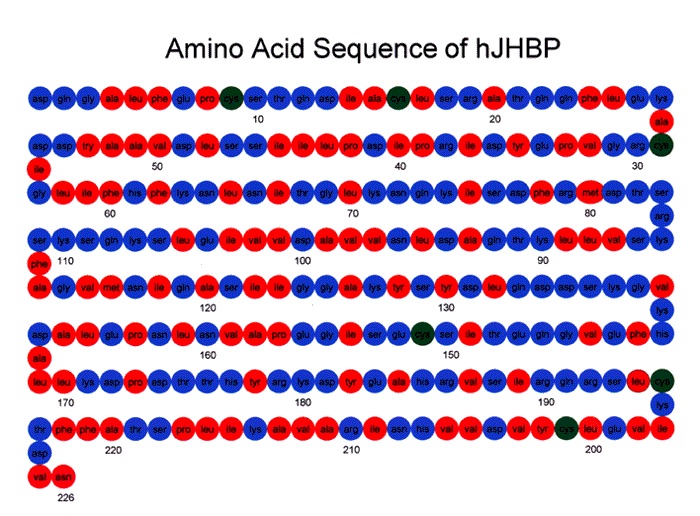 A complete analysis of the mature fat body hJHBP mRNA indicates that the message contains 862 nucleotides (nt). The translational start site as determined by 5′ rapid amplification of cDNA ends begins 40 nt upstream from the canonical ATG of the signal peptide. A wild-type genomic library from a single feeding fifth stadium female was generated to study the structure of the hJHBP gene. We have isolated 20 kb of contiguous genomic DNA, containing the entire hJHBP open reading frame. The open reading frame is composed of 5 exons. For a complete nucleotide sequence see http://www.ncbi.nlm.nih.gov, GenBank Accession Number AF226657.

Figure 3. Spatial Organization of the M. sexta hJHBP Gene. Sequence analysis indicates that the open reading frame extends over 6.7 kb. Exons are numbered 1 – 5 and are mapped onto hJHBP (Orth et al., 2003). Putative disulfide bridges and carbohydrate attachment sites are shown below. Tryptic footprinting demonstrates that only residues 1 to 179 are required for JH binding.

Allelic Variation in hJHBP
A comparison of hJHBP from three strains of Manduca indicates that hemolymph levels of the protein in the Madison wild-type (Mwt) strain are significantly higher than those found in the Seattle wild-type (Swt) or the black larval (bl) strains; Young et al., 2003). To correlate differences in hJHBP levels between the three strain phenotypes, we sequenced 8.4 kb of the hJHBP gene from each strain. Sequence data about these alleles can be found at http://www.ncbi.nlm.nih.gov/ GenBank Accession Numbers AF527636 (Swt) and AF527635 (bl). Snb, the hJHBP allele found in the Swt and bl strain, contains a 408 bp repetitive nuclear element flanked by 15 bp direct repeats. Mating studies using the Mwt (Md allele) and Swt (Snb allele) strains coupled with molecular genotyping demonstrated that the presence of Snb correlates with a twofold lower hJHBP level relative to the allele found in offspring containing the Md allele. Despite the lower hJHBP levels in individuals carrying the Snb gene, hemolymph levels of JH do not appear to be significantly affected. 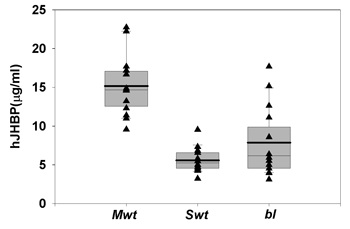 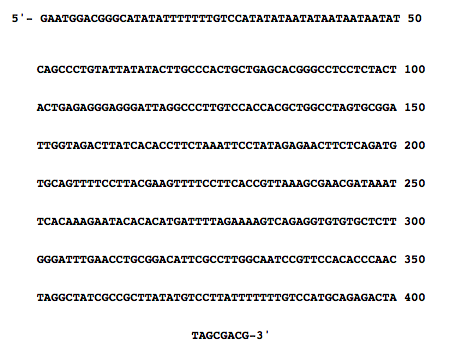 Analysis of JH distribution in the larval body indicates that approximately 95% of the hormone is found in the hemolymph. Of the hormone found in the hemolymph, virtually all is temporarily associated with hJHBP, thus making the protein central to hormone delivery and clearance. Not surprisingly, expression of the hJHBP gene is tightly regulated, adjusting rapidly to modulate JH titers. Developmental profiles for hJHBP suggest that the protein may be regulated by factors other than those that govern the levels of the major hemolymph proteins. This is best seen int the profile for hJHBP from the fourth stadium of wild-type M. sexta. hJHBP displays a dramatic 6-fold fluctuation, while during the same period levels of total hemolymph proteins vary only 2-fold. It remains unclear whether target cells interact with bound or unbound hormone. Nevertheless, with 95% of the insect’s total JH associated with this single protein, regulation of the hJHBP level is critical to the regulation of the peripheral JH titer.

It has long been known that pigmentation of the bl strain of M. sexta is exceedingly sensitive to JH during certain periods of development. Using that analogy, we examined the role of JH in regulating hJHBP gene expression. We discovered that JH rapidly induced the hJHBP mRNA abundance (Orth et al., 1999). Topically applied JH (100 pg) rapidly (4 hours) induces a 6-fold increase in the abundance of hJHBP mRNA. More recently, using real-time PCR, we have noted a similar response in our wild-type strain.

Our challenge is to understand how this unique hormone regulates the expression of its transport protein. Using this as a model, we hope to decipher the larger problem of how JH modulates insect development.

Structural studies
Obtaining sufficient, highly purified hJHBP for biological experiments and structure determination is tedious. We have turned to a bacterial expression system to generate milligram amounts of the protein. Experiments are currently being conducted on clarifying how the hormone interacts with its binding site by creating mutations and truncations in the recombinant protein. Parallel work is focusing on protein structure via crystallography. Towards this end, we are collaborating with crystallographers to develop the appropriate crystals of hJHBP needed for structural analysis.

Functional analyses of regulatory elements
With better than 12 kb of sequenced 5′ flanking region, we have begun to use functional analyses to determine which regions of the gene represent regulatory elements. Towards that end, we have cloned a series of upstream regions into reporter constructs to determine which regions may be important in JH regulation. This work is funded by the NIH.

In addition to these studies, we are currently assessing the effect of JH III on Drosophila S2 cells. This work is being carried out collaboratively with Dr. Tony Orth at Genomics Institute of the Novartis Research Foundation, San Diego.